don’t ask why by paytondaily on Polyvore

I DID my best by paytondaily on Polyvore

I’ve hit this place of crisis in my healing. What I thought was almost over is far from over. I’m feeling stuck, frustrated, lost for words.

So I started a new blog. Because that’s what I do when I’m feeling stuck, frustrated, lost for words.

summer to fall by paytondaily on Polyvore

August. Again. The end of summer and the summer was horrible. Again. So I’m returning to my blog to grasp at limbs as I fall from this great height. Denial takes me up like Winnie the Pooh and his red balloon who thought if he could just reach into the hive the treasure would be all his. Then pop. Reality.

This time it’s different. Again. For a million reasons, but namely, this is supposed to be the beginning of the end. Again. A timer going off on the inside that is turning everything on its head. It’s systemic. We’ve never seen anything on this scale before. It’s been about 4 weeks since the rumbling began, and I’m alarmed at the downward turn we’ve taken in such a sort time. Again.

I need a record of this decline. If only to feel like I’m not alone in it.

It feels too late to fight, but we’ll do our best. Can’t leave this baby, again. 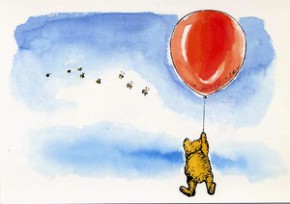